Why you should go on a Retreat

Home > Lifestyle  > Why you should go on a Retreat 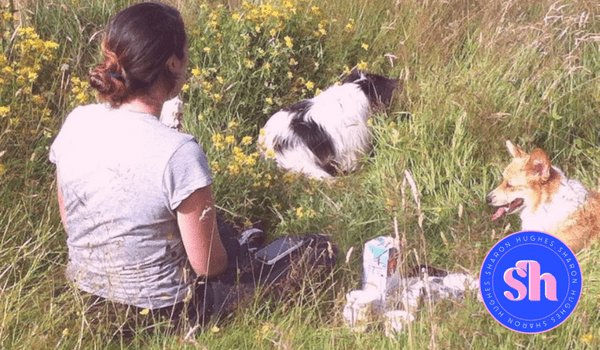 05 Sep Why you should go on a Retreat

Posted at 08:27h in Lifestyle, Self Care by Sharon Hughes

‘What would you like for your birthday?’, he asked, and quick as a flash I replied: ‘Two days off!’ And I knew exactly how to use them.

What was my plan? EP with the huns? Weekend away with the girlos? Romantic weekend away? Not a bit of it. I had a plan alright, a solid plan to hole myself up in a hotel room for 48 hours and do nothing. Nada. Nothing. Zilch. Time for a Personal Retreat. And I’m here today to tell you its time you did the same!

So whats a Retreat?

‘Withdraw to a quiet and secluded space’ is the official definition, but to be honest, it can be so much more than that these days. There are yoga retreats, spiritual retreats, detox retreats, writers retreats… you name it, theres a retreat for it.

Ironically, most of the retreats I could find in Ireland were all doing retreats, and to me, that seriously defeated the purpose. Me, I wanted quiet. Rest, relaxation and a little bit of space. So I decided to invent my own. I have dubbed it; The Metreat! (copyright pending because its genius I know!)

Whats the point to a Retreat

There are so many different reasons why people take retreats, but I suppose the easiest way to classify it would be to focus. Whether that focus is on a hobby or your body or merely relaxing your mind, retreats are designed to immerse you in the thing you love doing, whether its vegan food or sleep. You’re the boss.

How do you choose one?

Well, to be honest, I’ve been a bit disappointed with the lack of options in Ireland, I assume its just a tiny market. With a bit of googling you can find some solid options though. And you don’t have to stay in Ireland, there are groups that specialise in doing retreats abroad too. My biggest issues were:

So what did I do?

Last year, when the boss was just a year old, I was so exhausted from a lack of sleep the lovely Red sent me to a hotel for the evening. I grabbed a massage and 12 hours kip and honestly I felt like a super star! My only issue was that because a hotel only lets you check-in around 3 or 4, and then you have to check out by 12, you’re not even getting 24 hours service.

I decided the next time I broke out I was going for 2 nights, so I’d have one full day in the hotel to really relax.

One of my Mam friends from boob club, goes to Monart whenever she gets the chance, but I am not really a Monart type of person. I asked around, and eventually I got a recommendation from a friend for the lovely Seafield Hotel in Wexford. So I booked myself in for two nights.

Is it weird travelling alone?

No! I got asked a few times was I expecting anyone else, but to be honest a woman travelling alone is not weird any more. Its so nice just for a day to eat when you want, sleep when you want and watch what you want on TV. And I wasn’t the only woman on my own, there were quite a few. We’d make eye contact and give a slight head nod of acknowledgement, and then all immediately turn to our books, or papers, or sauna. Sisterhood. Love it.

I was slightly apprehensive the first time, but my fellow Monart-Mammy knocked it out of me. ‘We are totally responsible for the entire safety of a whole new person we made and grew. A night off is the least we deserve’. She was right. She always is.

Why should you do a Retreat?

Well, to be honest, I don’t know many people who don’t actually deserve a #metreat.

Are you studying? Working a full time job? Raising a child/children? Running a home? Starting a business? Caring for a relative? All of the above?

These days we are expected to do more than ever before. Generally, as women, on top of getting educated and sharing the financial responsibility of a home; we’re also expected to be mothers, wives and caregivers. The truth is, theres only so much ‘Me’ to go around.

If you keep giving, and supporting, and loving, and caring, eventually that well is going to run dry.

It is in everyones benefit that you take some time to do some self-care and fill up your well from time-to-time.

Even Wonder woman barrelled off to Paradise Island for a weekend I’m sure.

But, is it not notions?

Here, I was raised on the concept of notions just as much as you, so heres my response:

So what did I do?

I wanted to rest but I also wanted to do two more things. Firstly I wanted some spa treatments. So I did those. And secondly, I have an idea for a fab project that I needed some space to work on so thats how I spent my time. Also wombling up and down to the spa in my dressing gown because #METREAT.

That was me. I know friends who read book, watch Jeremy Kyle, (confession time I got an episode in), or just sit in the pool all day. Its your retreat; do whatever the hell you want.

Some tips and tricks for planning your Retreat

I’ve travelled a lot and I’m incredibly fussy about my time, so here are some of the things I considered planning the trip.

So there you have it, my #Metreat experience. When I got home no-one actually had missed me. There was no fires, or even embers. Everyone was fed and the boss had learned a new word she probably shouldn’t have learned, but, you can’t win them all!

I hope you at least think of taking a metreat. You should. You deserve it.