Why saying Thank You is good for your career

Home > Career  > Why saying Thank You is good for your career 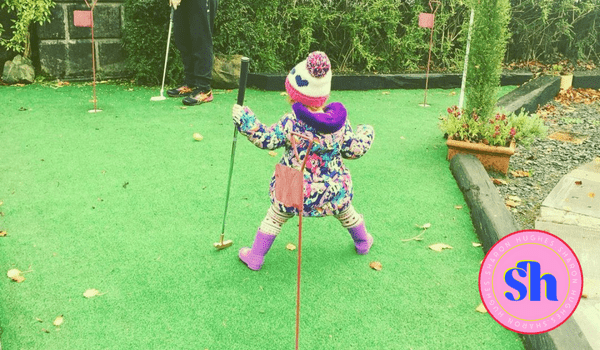 24 Jul Why saying Thank You is good for your career

Posted at 08:07h in Career, Lifestyle by Sharon Hughes

Recently I did a talk at a seminar to a number of people responsible for HR in their organisations. I closed my section with a challenge to the room, which was this:

On return to your office, take the time to send each of your staff/colleagues who work directly with you, an individual email saying Thank You. Tell them one thing you like/admire/enjoy/respect about them. And if you’re feeling really brave, ask them if there is anything you can do to make their working lives a little easier.

There was a nervous sort of giggle in the room as I said it, and a queue of people to talk to me about it afterwards. You see, people love to be thanked. They love to be recognised, noticed, or simply acknowledged. This is not a bad thing. Not at all. But somewhere along the way we seem to have forgotten how it all works.

Thank You at work

One of the attendees at the seminar I spoke at came up to me afterwards. They told me that themselves and their colleagues had all spent the guts of the last year on preparing a very big piece of work for the organisation. The week before they had received the draft of the report along with the Foreword by the CEO. They told me that in the foreword, the CEO thanked the Board, the clients of the service, their funders and donors, and never mentioned the staff. Can you imagine what impact that has had on the staff team? Because it can’t be good.

Some people have the old attitude of, ‘Well they’re paid, and thats thanks enough’. Well its not. If people don’t feel recognised for their work, appreciated and valued, they will leave. Concepts like ‘Organisational Culture’ are becoming more recognised in Ireland, and its super important to employees. The stats vary but in some reports like THIS ONE from Hays, over a quarter of people who leave jobs leave because of so-called ‘company culture’.

Personally in all my years I’ve never met anyone who left a job because they were appreciated too hard.

The Thank You Email

Email has made the whole Thank You thing a little confusing. Many supervisors and Managers rely on blanket, ‘Go Team!’, emails to acknowledge staff effort. In my experience a ‘Select All’ email doesn’t make people feel thanked. Its one of the weird nuances of email. Feedback I’ve gotten from people is that, in this scenario, they see it as thanking everyone else and not a personal recognition.

Equally, theres a conversation around sending ‘unnecessary’ Thank You’s, and clogging up peoples emails. I disagree myself and would completely support the sentiments in THIS article. That is, if someone has taken the time to send you an individualised email about something, the very least you can do is acknowledge it.

The fact that people have different opinions on all of this stuff is why taking time to work on your own company culture is so important.

If you don’t have staff at this time, perhaps you could thank your own manager. Many people are assigned Supervisory and Management responsibilities on top of their regular work. This means it can be really difficult for people to take the time to help train a less-experienced staff member, or coach one of their assigned staff. So if someone does take time to support you in your role, don’t be afraid to thank them for the support.

The humble Thank You card.

A few years ago I did a workshop for an organisation. The workshop was no different than anything I had done before but the response was. A week later, there arrived, in the post no less, a Thank You card from the organisation. I was gobsmacked. It is such a lovely thing to do, but rarely happens. I liked it so much that I decided then and there that I was going to send as many thank you cards as I could.

I got my chance a few weeks later when I needed to make an emergency order through a supplier. Time was tight, but she made it happen. I sent a bunch of flowers to her and her team, to say Thank You, because she got me out of a bind. She rang me later that day to thank me for the flowers, how meta! In all her years helping people out of holes, she said she’d never gotten flowers before and was a bit stunned. But she was also delighted that we had appreciated the support she had given us.

Are you feeling under-appreciated? Heres an idea.

Many people I speak with, tell me that they feel under-appreciated and un-acknowledged. This is unfortunate and hugely demoralising for anyone, in their personal or professional life. The thing is, no matter how much you give, you can’t make people say thanks. Thank You is considered ‘Extra’, when many want it to be the ‘basic’. So heres how I deal.

What I ask myself is this:

When is the last time I thanked someone?

Most people are surprised by the question. Heres my thinking. You can’t control who thanks you, but for me, after a particular period of feeling ‘un-thanked’, I decided to turn it on its head. Now I go out of my way to send my own ‘thank you’s’, to people who have helped me.

I send flowers to my friends who are incredible, or pick them up a little present if I see something I like. This has a double whammy win of covering me a bit, because I’m brutal at remembering special occasions.

I keep a box of Thank You cards handy and write one whenever someone does something nice for me.

After a big projects I always try to individually email the team and thank them for their specific input.

I send surprise texts to people when I remember something nice they did.

When my own company supported me in some way like additional training, or a promotional opportunity, even though these were essentially entitlements, I did specifically thank the people involved for the support they had shown me in exercising the opportunity. Yes people were ‘doing their jobs’, but they did it in a way that helped me to get ahead in my career and that was invaluable to me and worth noting.

Imagine the difference in the team with the important project had the CEO taken the time to thank the staff, genuinely, for the work they’d done on the project?

Guess how committed I am to the organisation that sent me the Thank You card for running their workshop?

How much more are you going to like your job if your boss takes a moment to properly thank you for the specific work you’ve put into a project for the team?

Do you imagine I ever have any problems getting through to my supplier who got the flowers?

Would it be easier, or harder to get some advice from a manager if you had sent them a quick ‘Thank You’ email the last time they had taken time to show you something new?

Saying Thank You has value. A lot of value. It may not be immediate, but as Maya Angelou said: 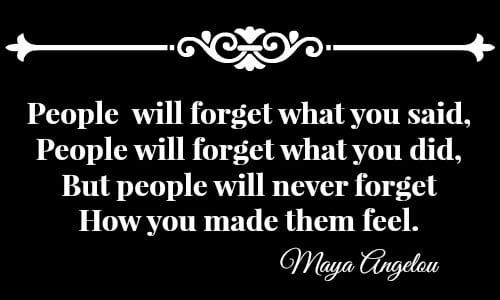 Well, the most interesting thing happened. Once I started giving Thanks to people, I found myself getting more. Thank You cards from people, Thank You emails from organisations, and random; ‘This made me think of you’ gifts from my lovely friends.

Saying Thank You is free. It is impactful. Often it shows you communicate well and also that you are a good team player. It is a win-win-win situation.

If you become known as a person who passes on a Thank You, it will become part of your Personal Brand. Personally I am far more likely to work with someone who I know has been grateful for my support in the past. Its just common sense.

It will also help broaden your network. People are far more likely to help people that they know will recognise their help, so if you get a name for being grateful, you’re absolutely going to build a better network.

Its not just me by the way. In his time old classic; ‘How to win friends and influence people’, Dale Carnegie lists saying ‘Thank You’, or offering someone praise as number one on his top 3 suggestions for making people like you. Considering its one of the top selling books of all time he was probably on to something!

And what about you? Can you remember a time someone went out of their way to say Thanks to you? And how did that make you feel? I’d love to hear!