The Hazards of too much Clutter

Home > Lifestyle  > Decluttering  > The Hazards of too much Clutter 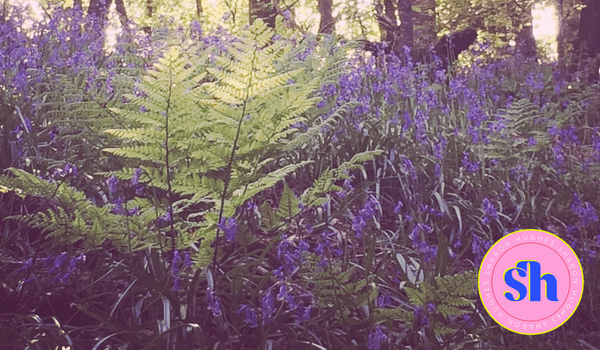 03 Apr The Hazards of too much Clutter

Posted at 08:22h in Decluttering, Lifestyle by Sharon Hughes

I have a confession to make: I am a hoarder. Slight correction would be that I was a hoarder. I have recovered now I’m happy to say. I have spent the last three years learning how to live without clutter, and more importantly stay decluttered. In this post I’m going to outline how my journey began. Its been over three years now and decluttering has genuinely changed my life, and my family’s life, and I rave about it at any opportunity. It has had lots of spin off benefits too. I’ll discuss those at a later date. Today I’m going to tell you about my life before I started decluttering and the negative impacts that clutter had on me.

As a disclaimer I use the word ‘Hoarding’ in a very general term in that I keep too much stuff and clutter, I understand that Hoarding can be a recognised mental condition. I don’t have this. I just liked having too much stuff around my house and didn’t like throwing it out!

My life before decluttering

My own mam was a self-confessed hoarder. She had sheds and attics, rooms even, full of things that she ‘might need one day’. Our parents come from a different time. A time when you couldn’t pop into town for something or order something online. They had less disposable income and options to spend it on. Many people of their generation, particularly after the horrible recession of the 80’s, had a ‘keep it’ mentality.

They also had more repair options, and things were built to last in a way that just isn’t the same today. I am fully aware I’ve hit peak ‘back in my day’ here btw!

Anyway, much as we teased our mam, her little habit came in handy. We were always able to find things that we needed in her ‘bits’. We all carried on regardless until one day, without me even realising, I had suddenly become a hoarder too.

It didn’t happen overnight. I moved out to a flat when I was 18 and moved two more times before we eventually got our home. Each time I moved I sent boxes of stuff home to my mams house to ‘collect later’, but that never happened. Essentially I had unloaded three flats of crap into my mams and went on my merry way.

We got our home in 2010 and after a year or so of doing repairs and upgrades the house was liveable and the inevitable happened:

“You can sort through the stuff in my house and bring the rest into your own house now” said mam one day.

“Sure, no bother” I replied, confident in my complete ignorance as to how much crap I had actually acquired.

I spent the next few months sorting through old boxes. You may recognise some of my ‘reasons’:

My own house filled up fast. Even with a spare bedroom, an attic and a generous shed I soon found the house bursting at the seams. 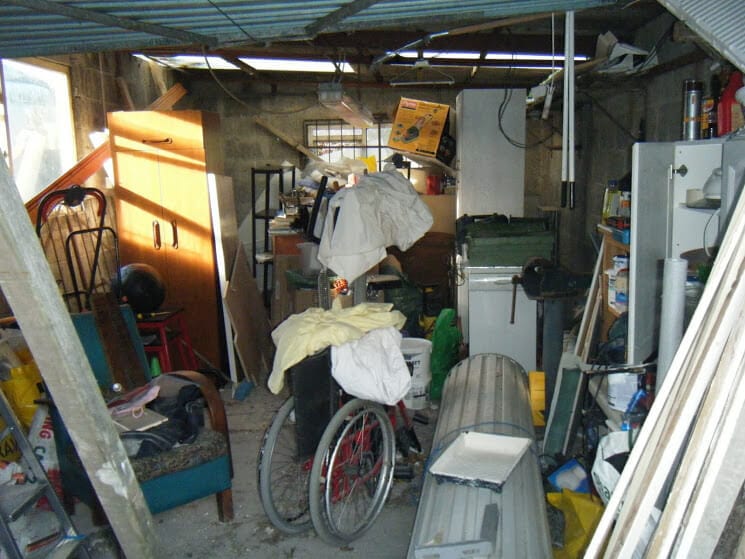 Even when we were renovating I wouldn’t throw out old cabinets or wood in case I ‘needed them later’. I kept it for ages!

By this time as well as a lot of crap I had also acquired a husband. A husband who grew up in a home with a polar opposite mammy to mine, (but equally every bit as awesome!). My mother-in-law Iris, well if she doesn’t know where it goes or what it is, it gets thrown out. A lifestyle habit my husband took with him when we moved in together. Needless to say, there were some words!

As we’d try and tidy a room I’d see him trying to throw out some old jar, and I’d ask him what he was thinking! Did he not realise that old jar would come in handy for paint brushes, or screws, or other bits? And he would look at me like I was mad, and put the jar back resignedly. I am sure there are number of other jars, or boxes or interesting tubs that vanished while I wasn’t looking over the years because he knew what I’d say if I caught him. (Its ok Davey, I forgive you).

The Negative Impacts of Clutter

I was not happy. I genuinely didn’t realise the reasons why at the time but they’re easy for me to list now:

The effects on your Mental Health

Keeping things unnecessarily is a seriously bad habit. Despite looking like something positive like recycling or being frugal, it isn’t. It is a negative mindset that has no positive health benefits.

Severe hoarding, when its clinical is recognised as an Obsessive Compulsive Disorder, which is a branch on the Anxiety Spectrum so it shouldn’t have come as a surprise to me when I read that. You can see some more impacts on your mental health in THIS article.

By 2015 I knew something had to change in my life. I’ve spoken before about Goal Setting and sorting it all out was my new goaI, I just had no idea how. Luckily enough fate/You Tube intervened and gave me my first clue. I’ll cover that in the next post.

But for now what about you? Are you a hoarder or a discarder? Or somewhere in between? Do you live with a hoarder? Have you ever used any of the ‘Hoarder Mantras’ before? I’d love to hear! Drop me a mail at hello@sharonhughes.ie