Posted at 11:13h in Lifestyle by Sharon Hughes

I get as caught up in the idea of a ‘fresh start’ as much as anyone and over the years I have used new years as a great kick start to start some great new habits. I quit smoking at New Years 2009, I quit drinking 2010, 2011 I gave up Facebook… but ultimately the 1st of January is just another day. Resolutions, while fun, can often leave us feeling disappointed and frustrated that we didn’t magically turn into better people overnight. Its still nice to do something though so here are a few alternative options for ways to mark the beginning of a new year! 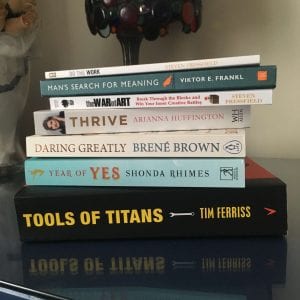 Last year I set myself the goal of reading 12 books. 12 books might not seem like a lot but I was still on maternity and finding time to sit down and read was tough. I kept a list and added them up last night and I hit 13! I’m delighted. I had fallen out of habit of reading and to just get back into the head space was very cool. It turns out I had gone a bit mad though and bought a hoop of books, so this year as well as setting myself a goal of 15, I’ve also listed the titles of the books. These are books I’ve actually already bought so as well as hitting my target I get to save a bit of cash which is always good!

I know for lots of people budgeting is literally the least sexy thing ever, but January 1st is a great time to have a Money Check. I work a 4-day week since I went back to work after AJ and that coupled with the extra baby-related costs have made me money conscious. Knowing whats where, and where it needs to be, really makes me much more comfortable. It also helps me plan for the big tickets items during the year. I want to pre-plan for holidays and weddings and stuff, and now is a great time to start putting a bit aside each month rather than getting slammed at the time. If a complete budget freaks you out, try and even make a list of the big things you have to pay for during the year like holidays, Christmas, (I know, I know but it happens every year!), gym membership, new glasses (I forget how expensive they are!), and other big ticket items so you at least have an idea of what you might need and when. 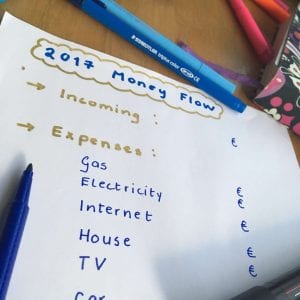 I know the summer seems really far away but its never too early to start planning. When Red worked in his old job he had to take a week in Spring, a week in Autumn and two Summer weeks. It seemed like a pain in the arse at the time but actually it got us into a great habit of breaking up the year. It means we’re never waiting 6 months for our next holiday. We don’t always go away but we do make sure and schedule the weeks we want to take well in advance so nothing clashes. A few days in March/April, a few days in Oct/Nov, coupled with some summer holidays in July/Aug will really break up the year, especially timed with Easter and Christmas. It also means you can book your leave nice and advanced before anyone else steals the dates!

Anyone else notice the house smells weird after a week of everyone being home? Throw open some windows and if your into feng shui this is a double whammy for cleansing negative energy. I’ve also hoovered and changed the bed. Theres no way I’m wasting a perfectly good Sunday clearing the whole house but its nice to start the year with some fresh air and fresh sheets.

Word of the Year

This one I picked up from Leonie Dawsons amazing workbooks and I love it. Instead of choosing a resolution for the year pick a word and write it somewhere that you can see it every day. If you feel you need different words for different areas of your life thats cool too, so maybe one for family and one for career. Don’t stress too much over what the word should be, its not legally binding, but think about what you’d like to see more of in your life and choose that. It could be fun, or adventure, wealth or health, success or abundance. Whatever you want, but its a fun way to ‘theme’ the year.

I have a list of things I want to fix and tidy around the house. They take time and money, so making a list helps me prioritise whats going to get done and when. It also help my housemate prioritise what gets done when he reads the list of things I want done. Having the list which we keep on the fridge just makes it easier to schedule some time to get those few bits done around the house that get put on the long finger otherwise. 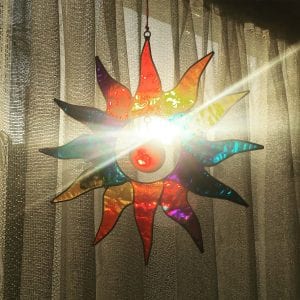 This one is so easy and will make you feel amazing. From the comfort of your couch, car, bathroom, start deleting the following from your phone:

Apps you don’t use

Old Phone Numbers of people you don’t call any more

Those three things alone will make you feel amazing. Our phones end up storing so much crap that over time we forget its there, don’t be afraid to go through and declutter your phone whenever you can.

So thats it, a few alternative options for giving 2017 a major kick start without having to leave the comfort of your own home!