11 ways my life has improved since I started Life Coaching 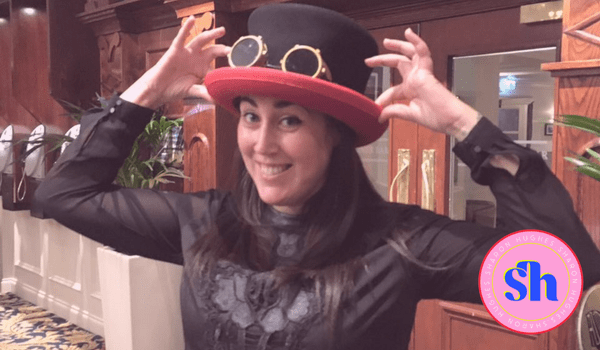 Posted at 08:15h in Lifestyle by Sharon Hughes

Today I was talking to someone about how much my own life has changed since I discovered Life Coaching 6 years ago, both getting my own sessions and training to be a coach. The thing with Coaching is that its a long-term thing, so sometimes it can take a while for the changes to happen. And like most things, sometimes little changes go unnoticed. My big motivator for Coaching to start with was to get a handle on my own mental health. Coaching absolutely, 100%, has improved my mental health exponentially. But I was also surprised by the other things in my life that improved as sort of side-effects. Here are 11 ways my life has improved since I started Life Coaching

Before Coaching I didn’t look after myself and and I never bothered with what I considered ‘luxury items’; massages, floats, vitamins! Now I regularly ‘treat’ myself. I consider self-care part of my health regime and same way as I would pay for a gym, I pay to be looked after and be kind to my body. I buy the expensive products, (once I know they work), the good food and I enjoy the time and space I need for my body to recover.

Before Coaching I wasn’t nice to myself. I could beat myself up for days over a perceived mis-hap and make myself physically ill wondering about what all could go wrong the following day. As part of my learning I re-programmed my self talk, (the things we say to ourselves in our heads). Instead of focussing on all of the things I did wrong, I started practicing gratitude and just being nice to myself. This was easily the most complicated part of my change journey, but the most personally beneficial. Theres a lot of science behind changing your mindset but it is possible to do with a lot of work and commitment.

Before I discovered Life Coaching I had no Personal Boundaries. I could do a whole post on Personal Boundaries just on their own, but for now, simply put, I couldn’t say no. Don’t get me wrong, I gave out a lot, like most people, but I still did what was expected. I met people for dinner who I didn’t like, visited people I was expected to visit, took phone-calls from people at inconvenient times, did favours for people I didn’t even know!! Establishing personal boundaries causes the most problems when you start with coaching as people around you have to get used to the new rules, but the result is easily the most impactful on your life.

4. Personal Responsibility: The bad and the good

Its so easy to think that we’re not in control in life. The reason we didn’t get promoted is because someone has it in for us, or that they played favourites. Or that the interview panel had a preference before I got there, or the bank won’t give me a loan because they hate me. The fact is, obviously there are some things that are down to circumstances out of our control, but many of them are firmly in our sphere of influence.

Taking personal responsibility can be hard, having to face up to our own flaws and mistakes. But equally, its extremely empowering, knowing that I have far more control over things if I take responsibility for them. Also, sometimes it can be good. How many times when something has worked out have you shrugged and said ‘Just lucky’? Be just as quick to point out your wins as your flaws.

Before I discovered life coaching I had very vague ideas of things I wanted, but I rarely set a goal or plan to reach any of them. Most of my career moves in my 20’s were quite accidental. Life Coaching helped me realise that if I had a dream, it needed a goal, and to reach that goal I needed a plan. An actual written plan.

And that for that plan to work I had to DO THINGS! 90% of the people I work with already know what they need to do, they just need help finding the motivation to do the thing. In fact, if I had a catch phrase it would be: ‘Do the Thing’. Because once you do one of the things, the rest of the things will soon follow. I developed my own system for listing actions and I committed to doing one thing off that list every day. So far it hasn’t let me down.

When you establish Personal Boundaries you will lose people from your life and it will hurt. Some people will take it as a personal attack that you won’t want to do what you’ve always done. This will be difficult. The swing side is, you’ll have lots of extra time for the people who do light you up. And good times with good people is the ultimate win.

As well as that, all my new found understanding about how I think and process information, makes me super aware that other people have their own processes and their own way of doing things. Before I would spend ages worrying about things other people were doing and how it might impact me. Now I have a live and let live theory that is much easier to live with. Sometimes people do things that impact on us, but this is often just a consequence and not a design. Not taking things personally makes life a whole lot simpler.

Like most people, before coaching I talked a lot about work-life balance but I didn’t live it. This one has been the hardest to get my head around but easily the one that makes me happiest. Part of the problem is that so few people have great work-life balances to learn from, and also its a hugely personal thing. Whats 60-40 for me might be 75-25 for you, so you have to first of all find your own balance, and then work to implement it. I am not always 100% where I need to be, but I am 100% better than I was 5 years ago. Most importantly, I’ve committed to keep working on it all of the time.

Understanding your mind makes you realise that a lot of the time that we avoid doing things or procrastinate is because of fear. Feeling the fear and doing it anyway sounds cliched, but theres an unarguable science behind it too. After the first few ‘risks’ I took didn’t kill me, (or anyone else around me!), I decided I enjoyed living with the results of my actions more than living with the regrets of my inactions. It has led to me taking part in things I never would have considered previously and given me a totally new perspective on life.

Like all good things you need to get it, and then you need to keep it. You can’t go to the gym once and expect to be healthy. Being in control of your own life means regularly checking in, re-assessing, re-adjusting and making new plans. People that make it through your personal boundaries this year may not make the cut next year. A work life balance today may need to be revisited during the summer. A career goal for this month may be met and forgotten next month, and a new goal should be set.

Its so important to keep stock of all thats going on and don’t let life take over. If I do find it happening now, instead of freaking out, I just sit down. Then using the tools I learned in coaching begin to assess the situation. Its a much better place than freaking out over things I can’t control.

Ultimately Coaching has genuinely changed my life and if I had learned the skills I learned being Coached in school I can’t even imagine what my life would be like now. But equally, no regrets!

What about you? Was there anything on the list that you would like to know more about?